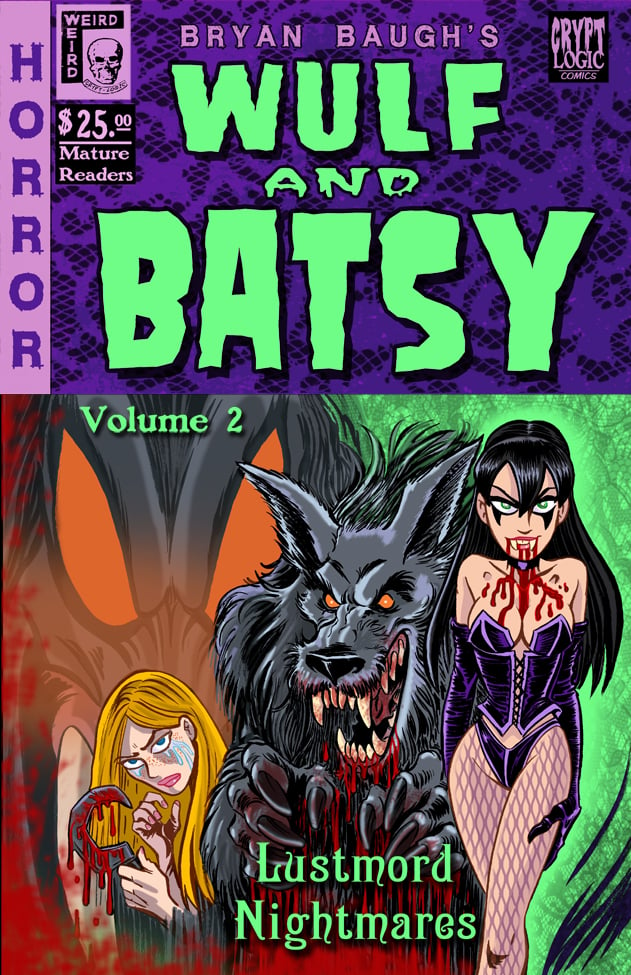 The second Wulf and Batsy trade paperback features a brand new, never before published, epic-length story called Lustmord Nightmares. In this story Wulf and Batsy take up residence at an all-girls\' college. Here they attempt to hide their monstrous natures, pose as normal human beings, and live peacefully among the attractive female students and awkward, creepy teachers. But soon they learn that this school is haunted by an ancient monster that preys upon the young students for food! Chaos ensues when Wulf and Batsy forge new friendships at the school and ultimately cross paths with the rival monster. This second book in the Wulf and Batsy series is loaded with monsters, graphic violence, and cute girls in various states of undress...and mortal terror. Not for the squeamish and not for the kiddies, either. Also includes extras: full-page character illustrations, Captain Bloodclot Ads, and a Supplemental section of notes, sketches, and text explaining how this new story was conceived and developed. 268 pages. Recommended for mature readers 18 and up.