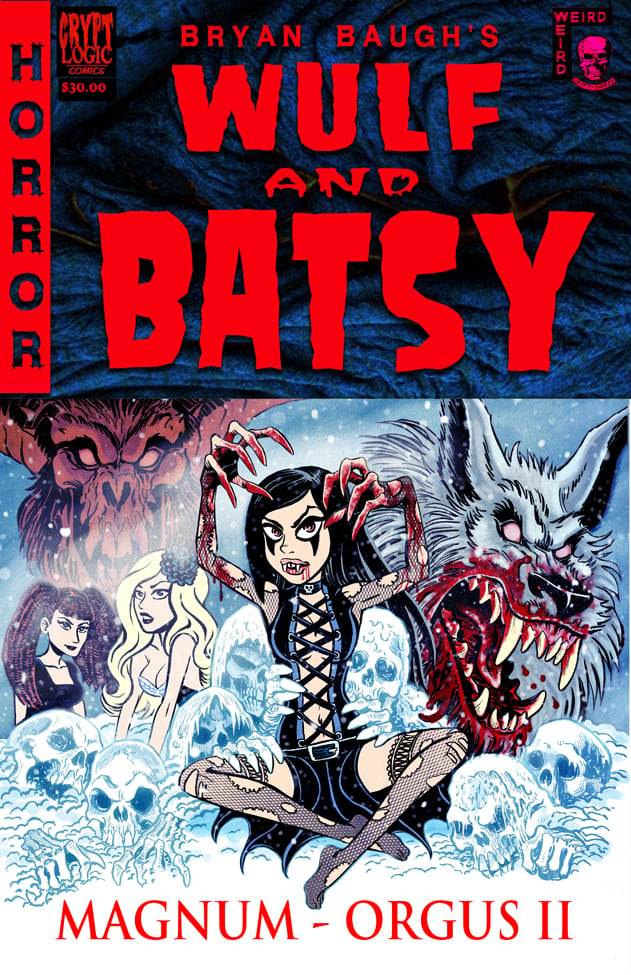 Wulf and Batsy’s friendship becomes romantic, as a spiritual war rises around them. A demon-worshipping cult ramps up its activity in the small town Wulf and Batsy now call home. The conflict creeps ever closer to those Wulf and Batsy care about, forcing them to choose sides. Until finally, tensions escalate to a climax of gigantic supernatural proportions.

This 282 page volume forms the second half of Magnum Orgus, a graphic novel so big it took two books to tell it!

WARNING:
Not safe for sensitive readers or social justice warriors. Magnum Orgus contains Exploitative Content and Politically Incorrect themes. Brimming with old-fashioned horror tropes, graphic violence, religious themes, and mischievous sexual innuendo. There is something in this massive 2-part story to offend everyone. Order with caution!