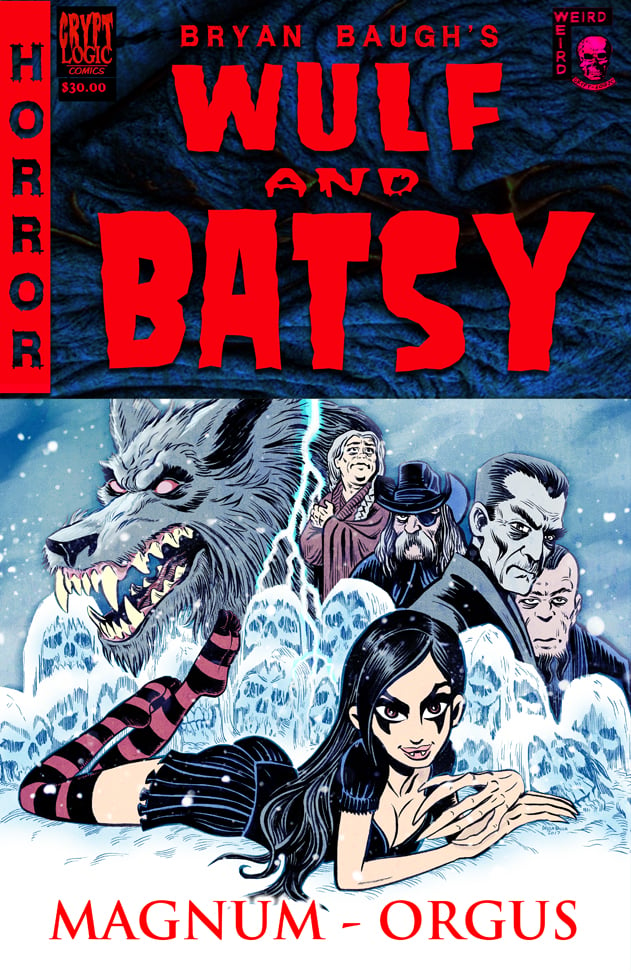 A new epic storyline in the adventures of Wulf and Batsy.

After years of wandering the earth, Wulf and Batsy have finally found a home, in an idyllic rural village. But their cozy new hometown has a dark history of spiritual warfare. Although the local church has held strong for decades, a cult of demon-worshippers is rising to prominence. …And Wulf and Batsy are caught in the middle. In a conflict between the sacred and the profane, where will two stubbornly neutral monsters fall?

This 272 page volume forms the first half of Magnum Orgus, a graphic novel so big it took two books to tell it! Concluded in Wulf and Batsy Volume 4.

WARNING:
Not safe for sensitive readers or social justice warriors. Magnum Orgus contains Exploitative Content and Politically Incorrect themes. Brimming with old-fashioned horror tropes, graphic violence, religious themes, and mischievous sexual innuendo. There is something in this massive 2-part story to offend everyone. Order with caution!